Our Crest, Our Design

Like all good Montessori programs, Clanmore’s Middle School while operating within a framework of theory and principles, knows that the details and nuances of each program will always be a reflection of the students themselves. Thus when the need arose for a “Clanmore Crest” to proudly grace the pocket of our uniform blazers, who better to design it then the inaugural Middle School students. Their school, their program, their blazer, their crest! 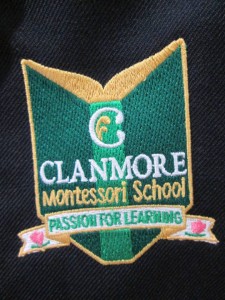 The students were given free reign to design a crest which reflected and embodied what it was they wanted to convey.  Discussion, research, doodling and dreaming ensued. 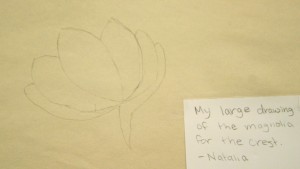 Individual elements were chosen with a desire to create a whole from the parts.

While shields and the like are commonly used, the students felt what better way to represent a school than with a book.  A book can stand as a symbol of discovery, of knowledge, of self-study. 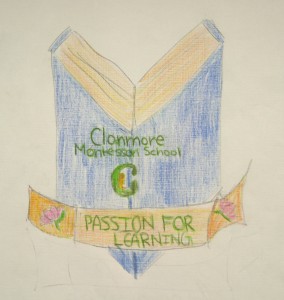 The Clanmore logo is integral to who we are as a community.   It was proudly found a place on the book’s cover. (For the meaning behind the logo see our previous post A Logo Is Worth A Thousand Words.)

The choice of both motto and language was the students’. They debated using Latin but felt that their words would be lost. Passion for Learning was simply too important not to be understood by all.

While others might have chosen lions or eagles, honoring the beautiful magnolia tree around which the school thrives was the direction in which the students chose to go. The magnolia tree was planted by the original owner of the now Middle School farm house as a mother’s day gift.   To this day it continues to bloom magnificently each spring. The Clanmore school video pays beautiful homage to this tree. Take a look as one student shares her perspective. 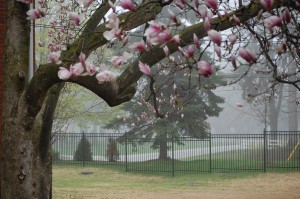 The design process for the students also involved communicating their vision to a graphic designer who could translate that vision into images.  They also met with the school’s uniform company to request that the crest be added to the school blazers. Talk about real world experience. 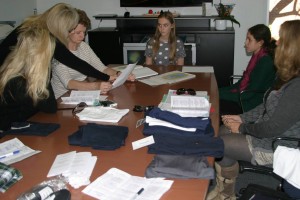 When the day finally arrived for the big reveal, the students couldn’t have been prouder. 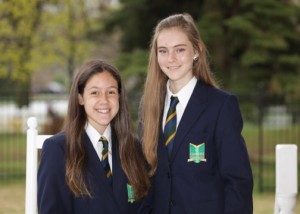 Clanmore is now the lucky beneficiary of a crest designed with passion and love by and for its students.